What is Adapt Grampians?

Adapt Grampians is funded by Victorian Government Department of Environment, Land, Water and Planning (DELWP). It is a collaboration between government, agencies, industry and communities including Traditional Owner corporations, local governments, water corporations, catchment management authorities and others.

Climate change impacts are already being felt across the region and there are many reasons to think strategically about adapting as our landscape and communities are affected by those changes in far-reaching ways. Temperature and rainfall patterns are changing, which means droughts happen more frequently, fire seasons start earlier and storms and floods are more intense when they occur.

Adaptation is about developing strategies to ensure that life in this region remains good even as the climate changes. Adaptation means working innovatively to look after our communities and the regional environment without taking actions that would exacerbate climate change.

An academic situation analysis that informed the community-led strategic work is available here.

The Grampians Region stretches from the South Australian border to Bacchus Marsh in the east. It covers 4,861,944 hectares, with an approximate population of 220,000. Ballarat is its largest centre with just over 100,000 residents. Boasting a diverse geography of mountains, desert, forests, grasslands and wetlands the Region is named after the Grampians (Gariwerd) National Park, an ancient, mountainous landscape attracting large numbers of tourists. 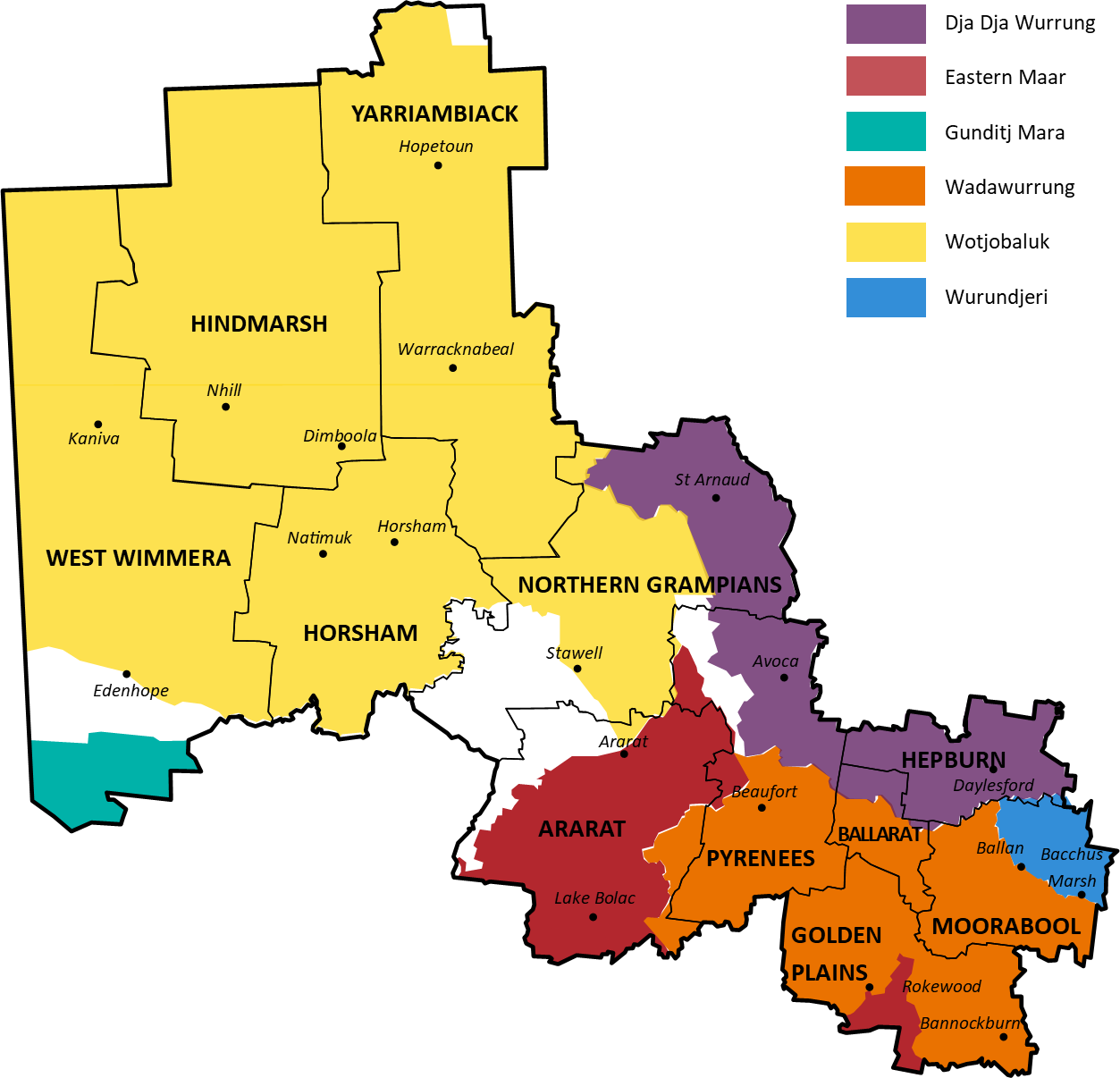 The Grampians Region Climate Adaptation Strategy is for people living and working across the Grampians Region who are interested and concerned in how this Region can best come to grips with the changing climate. Rich engagement with local stakeholders has been vital in ensuring that actions create multiple benefits, as well as managing any potentially perverse outcomes. The strategy will guide priority climate change adaptation action in the Grampians Region over the next five years.

The Strategy has been developed collaboratively over two years by members of Regional Climate Adaptation Groups (RCAG) representing state government, agencies, local government, universities, farmers, business, and community, in close consultation with key stakeholders throughout the Grampians Region. It is intended that everyone involved can see their own climate adaptation aspirations reflected and efforts across the Region can be better coordinated, leading to improved outcomes for communities and the environment.